2016 Schedule: Feeling Nostalgic, Asking ‘What if?’ 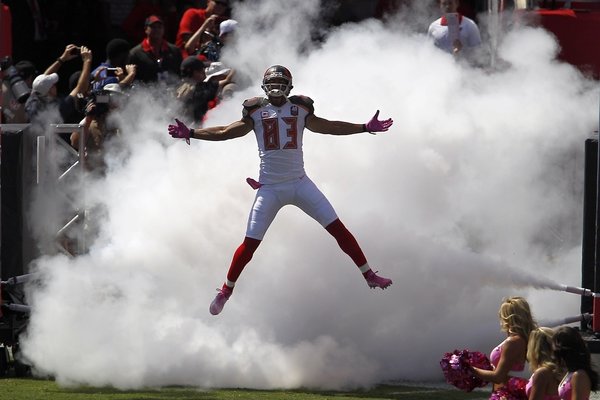 It’s difficult for Chargers fans to muster up much excitement these days. The team is coming off its worst season since 2003; the franchise is on the brink of relocating to Los Angeles (to room with its longtime rival, no less); and the roster has more holes than Donald Trump’s immigration policy (vote Christie!).

If you’re looking for a reason to be excited, check out the team’s list of 2016 opponents, which was released earlier this month. For one thing, the Chargers will face every team from the AFC South and NFC South, two of the weakest divisions in the league. If you exclude the 15-1 Panthers, the other seven teams from the South divisions combined to go 46-66 this season.

Not only will a soft schedule help the Chargers expedite the rebuilding process, but it will allow for some fun reunions along the way. For those who are fans of nostalgia — and you pretty much have to be if you’re going to follow a Chargers team playing with “Los Angeles” on its jerseys — there are a lot of fun matchups on the 2016 docket.

The Chargers will host the Buccaneers and WR Vincent Jackson, who had three 1,000-yard seasons for San Diego between 2008-2011. Jackson went on to string together three more 1,000-yard campaigns in Tampa Bay between 2012-2014 before struggling this season with a knee injury.

Jackson, 32. is under contract for one more season and is due to count $12.2 million against the cap, so there is a chance he and the Buccaneers will part ways this offseason. If not, he will face the Chargers in 2016 for the first time since a contract stalemate with former GM A.J. Smith facilitated a somewhat bitter departure.

There is also a chance the Bucs game will feature the return of pass rusher Larry English, who was San Diego’s first-round pick in 2009. English played 12 games for the Buccaneers in 2014 but spent last season on injured-reserve with a knee injury. He would like to return to Tampa Bay in 2016 but is scheduled to become a free agent.

Another NFC South foe with Chargers ties is the Panthers, where former Chargers defensive coordinator Ron Rivera is now the head coach. Rivera brought several former Chargers players with him to Carolina, including RBs Mike Tolbert and Fozzy Whittaker and OT Mike Remmers. OG Tyronne Green, who started 28 games for the Chargers between 2010-2012, is on Carolina’s injured-reserve list with an Achilles’ injury.

There are other non-division games with fun matchups, as well.

The Saints will come to town led by former Chargers QB Drew Brees, who had three 3,000-yard seasons for the Chargers between 2002-2005 before leaving for New Orleans. Brees edged out Philip Rivers for the 2015 passing title (they finished No. 1 and 2, respectively) and they figure to light up the scoreboard when they meet head-to-head next season.

The Chargers will visit a Texans team featuring OT Duane Brown, who the Chargers intended to pick in the first round of the 2008 draft before Houston snapped him up one spot earlier. Instead, San Diego settled for CB Antoine Cason, who is already out of the league.

The Chargers will also visit the Colts, who recently signed head coach Chuck Pagano to a four-year contract extension. When Pagano was first named head coach in 2012, he tried to take his brother (Chargers defensive coordinator John Pagano) along with him to Indianapolis. San Diego blocked the move, however, which seems like a good choice given how the young defense started to come together over the final month of the season.

The home game against the Titans would have been a fun one, as well, had the Titans not made the rash decision to fire head coach Ken Whisenhunt midway through his second season. Perhaps the Chargers will do the right thing and bring back Whisenhunt as offensive coordinator to replace the recently released Frank Reich. If not, the game will still give Chargers fans a chance to watch QB Marcus Mariota and wonder “what if” the much rumored trade of Rivers for Mariota went down during the 2015 draft.

Given the state of San Diego’s roster, Rivers will likely be wondering the same thing.

Which 2016 Chargers games are you most excited to see? Discuss inside our new message boards!