Chargers Draft Another Outside Linebacker 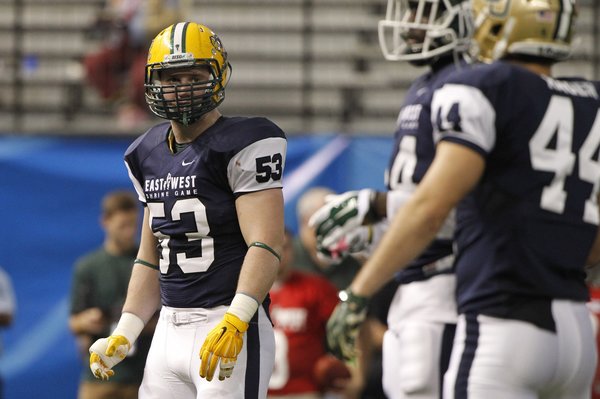 Does anybody else feel like A.J. Smith is calling the shots for the Chargers again?

After making a fairly predictable choice in the first round (RB Melvin Gordon), GM Tom Telesco has thrown curveball after curveball. The Chargers have ignored pressing needs at offensive guard, defensive tackle and safety, opting instead to add speed and physicality to the defensive back seven.

San Diego got started on Day Three by selecting North Dakota State pass rusher Kyle Emanuel. A highly productive player, Emanuel posted 19.5 sacks during his senior season. And while that number comes with an asterisk because he played against a lower level of competition, it’s worth noting that produced 10 sacks in eight games against top-25 opponents.

Emanuel is a relentless pass rusher. He doesn’t have elite speed, and he’ll need to add some moves to his repertoire, but he is strong at the point of attack and is able to bend the corner and get to the quarterback.

The Chargers needed more depth at outside linebacker after losing Jarret Johnson and Dwight Freeney this offseason. The team’s outside linebacker corps now consists entirely of players drafted over the last four years: Melvin Ingram (first round, 2012), Tourek Williams (sixth round, 2013), Jeremiah Attaochu (second round, 2014) and Emanuel (fifth round, 2015).