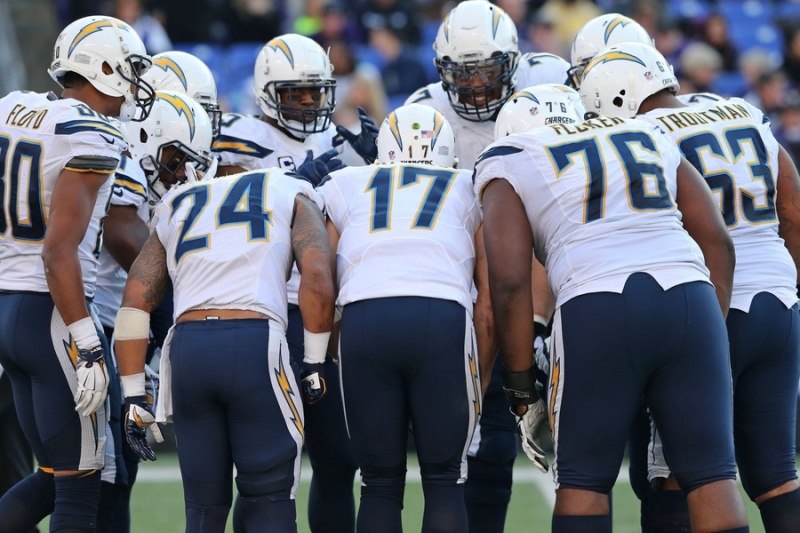 Certainties don’t exist in the modern NFL. It’s a league in constant flux: players switch teams; injuries strike; tomorrow’s superstars emerge as yesterday’s fade. And when the schedules come out every April, there’s no tried-and-true method of determining how the division standings will shake out at the end of the season.
But does that stop the speculation and conjecture? Of course not. So let’s indulge.
The final standings of this year’s AFC West will look like this:
1. Chiefs (11-5)
2. Chargers (8-8)
3. Broncos (7-9)
4. Raiders (5-11)
Kansas City has been on the rise since Andy Reid arrived on the scene, winning 20 games over the last two season. What was their stumbling block? Inexperience, primarily. But they are at the top of the curve this year thanks to a dominant defense led by Justin Houston and Tamba Hali. After restructuring his contract earlier this offseason, Hali is committed to Kansas City for the long haul. He has been in Kansas City since 2006 and is determined to bring a championship back to Kansas City. And on the other side the ball, Alex Smith will continue, quietly, to put up top-10 numbers while minimizing his mistakes. Now, Reid just has to stay out of the way with his questionable game management.
The San Diego Chargers are America’s perennial No. 2 team. I hate to say it. You hate to acknowledge it. But with a solid roster once again this year, an elite quarterback and a competent coach, the Chargers will finish second again, their fourth time in the last six seasons. Maddeningly, there’s no diagnosis for why. It must be something in the water out in Mission Valley.
This has to count as the most eye-popping prediction. A Peyton Manning-led team that went to the Super Bowl just two years ago will, at best, look old this year, and, at worst, the dysfunctional Ponies will stumble and fall out of the gate. New coach Gary Kubiak will butt heads with his future Hall of Fame QB in the preseason and their pride will be tough to check at the door. The system will not be embraced by the team’s leader and the Broncos will be 3-5 at the halfway point, setting up a disappointing 8-8 finish.
Oakland will finish last. Why? Because it’s Oakland, baby.
Other AFC West Predictions:
Peyton Manning will not finish the season as the Broncos’ starting quarterback. Injures will plague the 38-year-old Manning. This will be Manning’s last season in the NFL, capping a records-destroying career, yet leaving so much more to be desired. The Broncos finish 7-9.
The Chiefs will win the division with an 11-5 record and will be the only AFC West team earning a playoff berth.
The Chargers will start the season 2-6 but will rebound in the second half to finish 8-8.
The Oakland Raiders will once again struggle to be considered a legitimate NFL franchise and the debate about whether Alabama or Ohio State could beat them will continue.
Tags:
AFC West, Alex Smith, Andy Reid, Broncos, Chargers, Chiefs, Gary Kubiak, Justin Houston, Peyton Manning, Philip Rivers, Raiders, Tamba Hali
Share:
More Coverage
Tweets by @NFLinsider_Mike