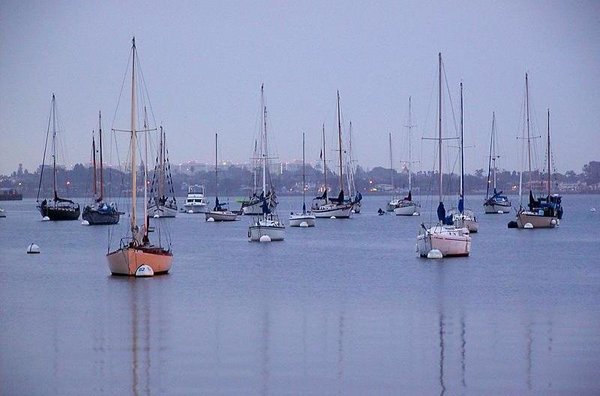 The recently released finance plan by the citizens’ stadium advisory group does not guarantee the Chargers will remain in San Diego beyond this season. Nor does it mean the Spanos family will turn its attention away from the Carson City project that would see the Chargers and Raiders go from division rivals to instant co-tenants. What it does — and this is no small feat, mind you — is force the Chargers to seriously discuss a long-term future in America’s Finest City.

Before this finance plan was revealed, the Chargers insisted on acting like a battered girlfriend who had no choice but to leave. The city of San Diego kept promising things would be different — swearing a better effort was forthcoming — but those promises kept going unfulfilled.

This allowed the Chargers to dismiss the city’s latest efforts as “too little, too late.” When the city proposed a downtown stadium, the team said the tentative bus-yard location could not be cleaned up in time. When the city suggested getting taxpayers to help build a new stadium in Mission Valley, it was pointed out that such a move would require voter approval on an election ballot that would not take place until November 2016. By then, the Chargers could be playing the Raiders in a home-away game in Los Angeles.

The new finance plan, although far from perfect, addresses that underlying issue: time. Bolts backers have been told for months there is not enough time left to get a deal done in San Diego. This new plan proves that is not the case.

“We are grateful to the CSAG members who volunteered their time, and we will now ask our stadium development team — including our financing, legal and land use experts — to thoroughly review the CSAG results,” said stadium point-person Mark Fabiani.

The new plan calls for a $1.1 billion multi-use stadium at the same site on which Qualcomm Stadium resides. The Chargers would commit $300 million and the NFL would pledge an additional $200 million. The city and county would each put up $121 million.

But the real issue here isn’t money (although the Chargers may dispute that, as the team does not want to contribute more than $200 million to the project), it’s time. And that’s the beauty of this proposal.

Because the plan does not ask taxpayers to foot the bill — and because the amount of land being sold is less than 80 acres — it does not have to wait on a ballot measure in November 2016. Also, because the property is an existing land use as a stadium, the environmental process will be streamlined. In short, the plan clears the biggest hurdle between the Chargers and a new stadium in San Diego: time.

“We are now ready for another first — beginning formal negotiations with the Chargers,” said San Diego Mayor Kevin Faulconer. “The County and City of San Diego have, for the first time, assembled an experienced negotiating team that will review the CSAG report as it prepares for talks with the team.”

This new finance plan is not the answer — not as currently constructed, anyway. There are some issues to be resolved, such as whether voters will get to weigh in on the city and county’s financial contributions. Also, the strategy of using rent payments over a 30-year period to help fund the stadium will be thoroughly vetted before it is approved.

What makes this plan significant is it starts a genuine conversation, as opposed to the political gamesmanship that has been going back and forth over the last 14 years. Additionally, it undercuts the Chargers’ assertion that the city of San Diego has simply run out of time.

The Chargers, try as they might, can no longer portray themselves as victims who have to leave. They are no longer the battered girlfriend trying to get out of a bad situation; if they leave, it will be because the Spanoses are gold-diggers looking for an upgrade.

Will the Chargers get a deal done to stay in San Diego? Talk all about it inside our new message boards!