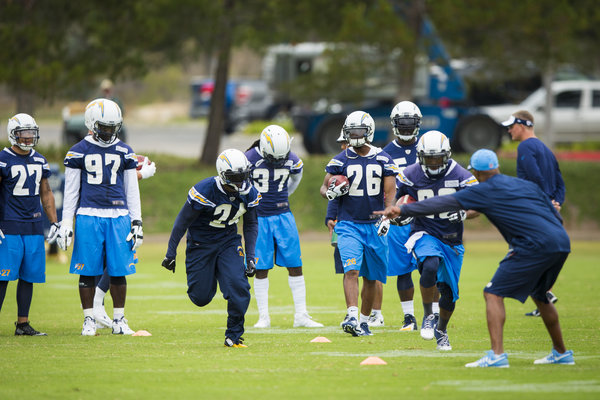 San Diego’s veterans strapped on their helmets for the first time in months at this week’s OTAs.

The Chargers saw plenty of turnover this offseason, inking seven outside free agents and drafting five rookies (in addition to signing 20-plus undrafted rookies). This newly assembled squad practiced together for the first time at Chargers Park on Tuesday, May 26, and SDBR’s photographer, Shana Siler, was there to take in the action.

Enjoy some incredible shots of the action in the gallery below. We’ll have another gallery of pictures from OTAs posted later on this week. If you want more photos without waiting, check out this rookie camp photo gallery. 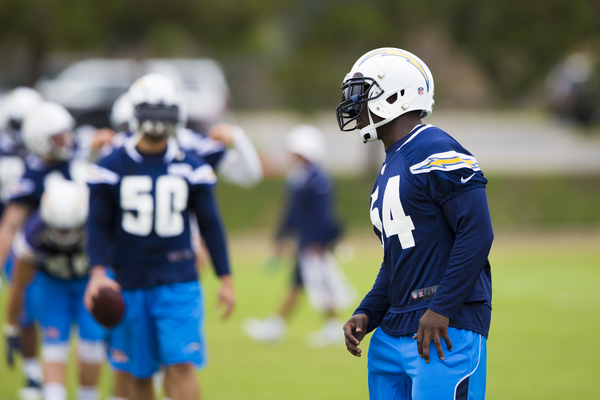 OLB Melvin Ingram
San Diego’s 2012 first-round pick is in the best shape of his career. 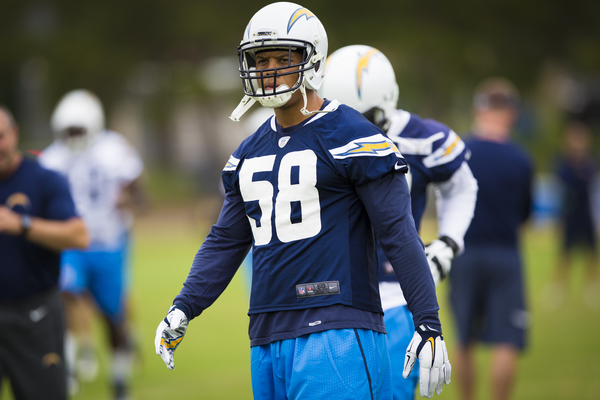 OLB Tourek Williams
Williams will take on a larger role this season with Jarret Johnson and Dwight Freeney gone. 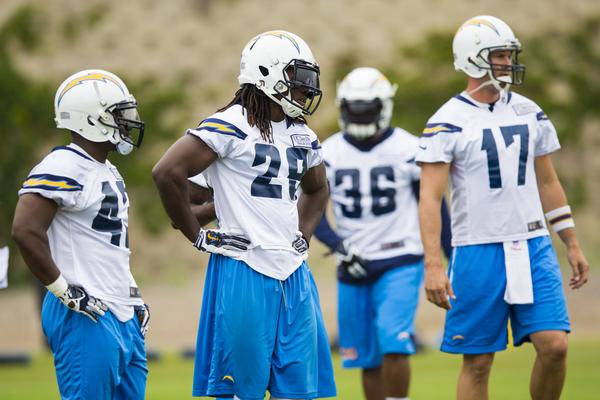 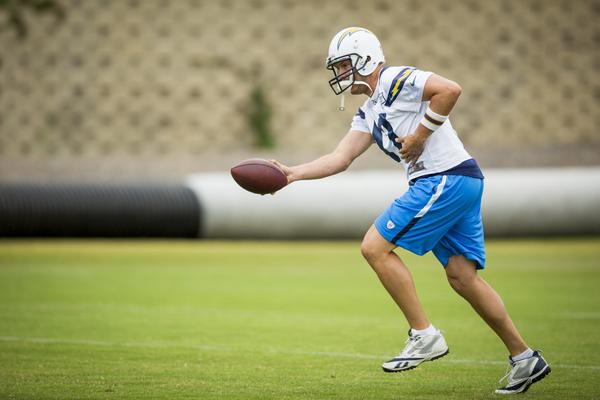 QB Philip Rivers
As long as No. 17 is under center, the Chargers have a chance. 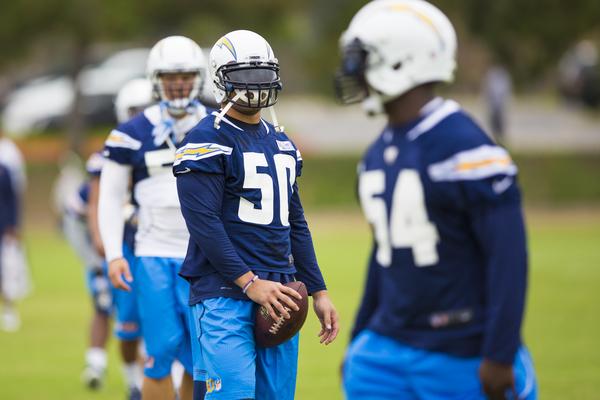 ILB Manti Te’o
Te’o, who came on strong late last season, hopes to carry over that success into the 2015 campaign. 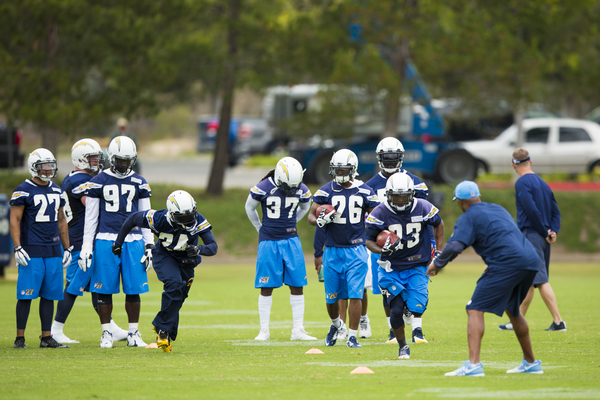 CB Steve Williams
Williams (No. 23) will compete for a spot in San Diego’s rebuilt secondary. 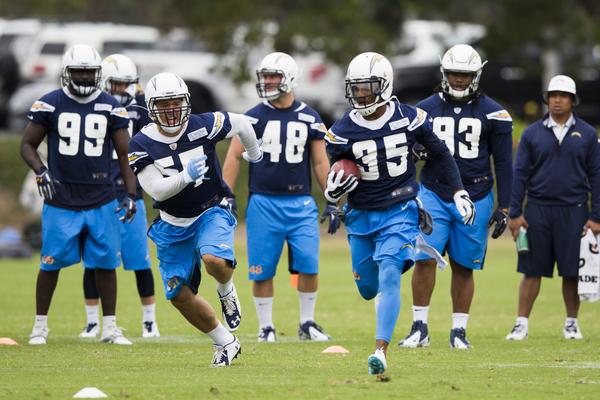 CB Richard Crawford
Crawford (No. 35) has already flashed some play-making ability in his young career. 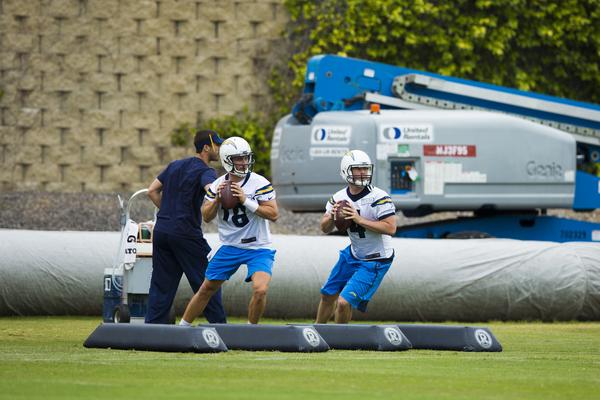 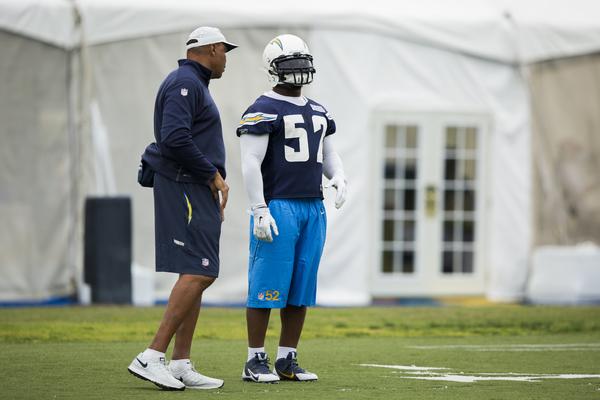 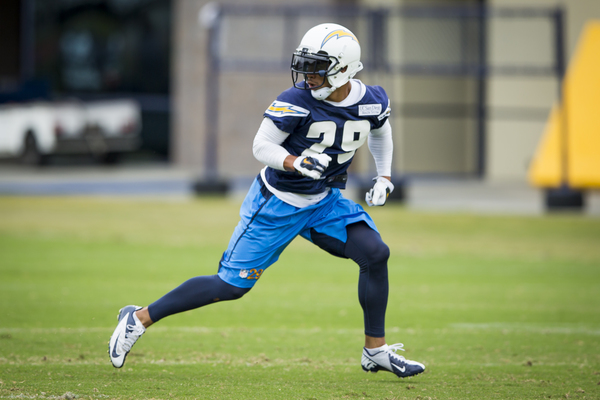 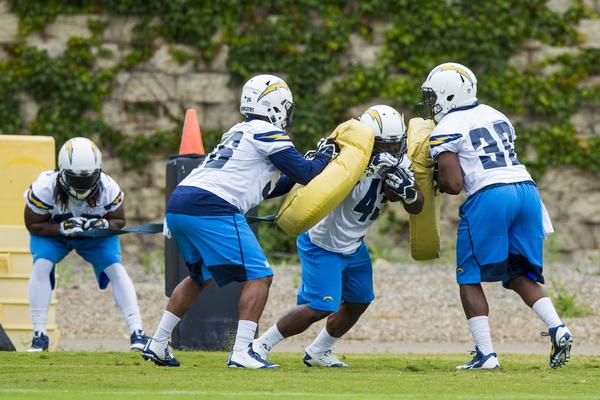 RB Branden Oliver
Oliver flashes the power and low center of gravity that made him so successful as a rookie. 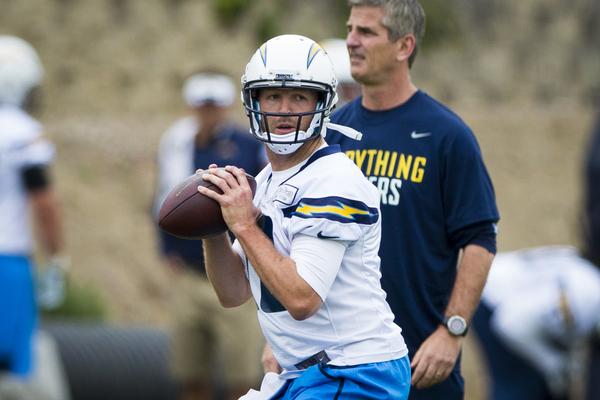 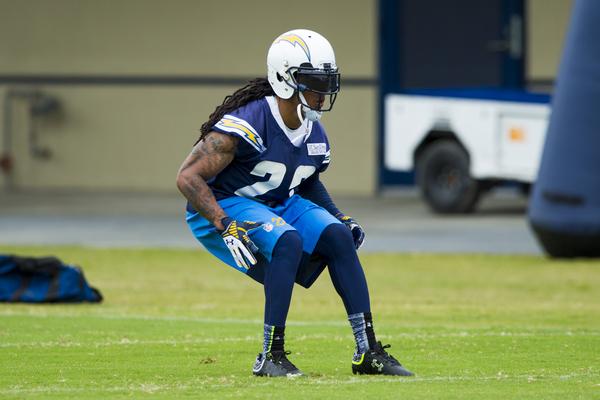 CB Jason Verrett
San Diego’s 2014 first-round pick is back on the field after recovering from shoulder surgery. 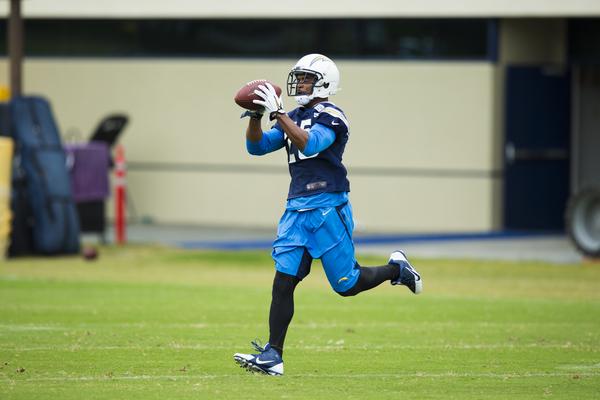 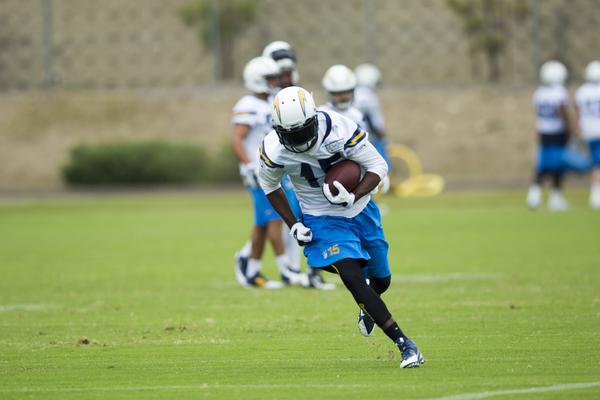 WR Dontrelle Inman
Inman is showing more poise and confidence as he enters his second season. 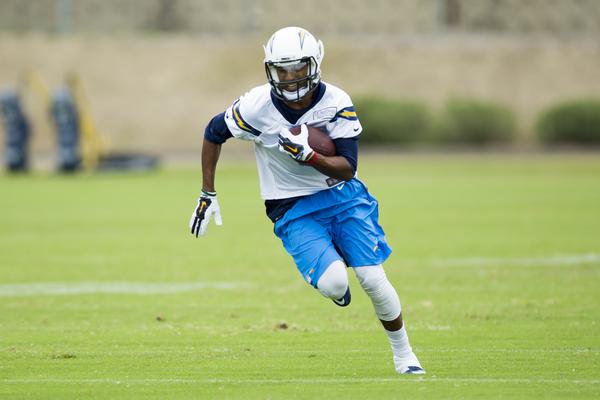 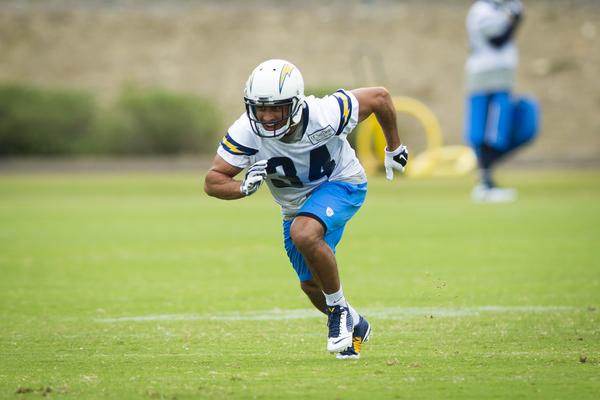 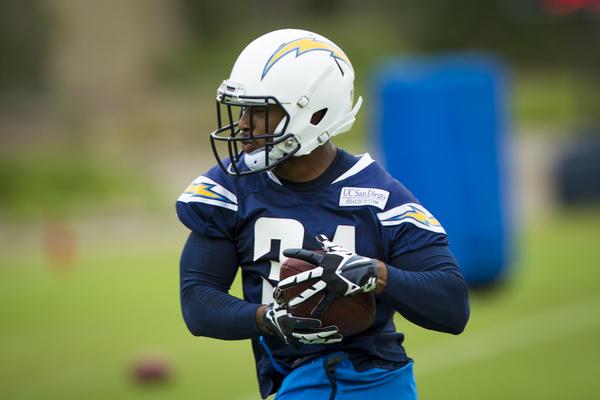 FS Adrian Phillips
Phillips is pushing for an increased role in his second season with the Chargers. 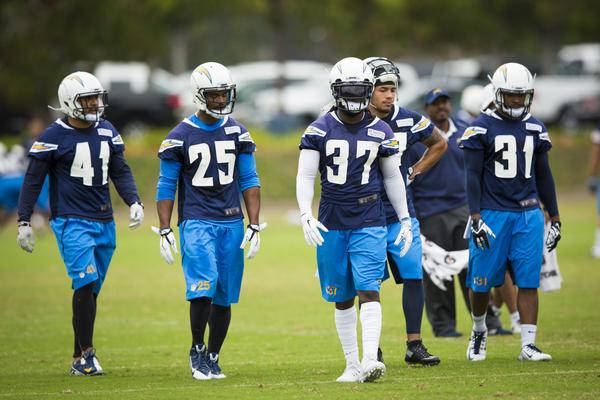 SS Jahleel Addae
San Diego’s safety crop looks much different with Eric Weddle (contract dispute) opting to sit out.
P Mike Scifres
The fact that Scifres has NEVER been to a Pro Bowl is beyond ridiculous.

KR Jacoby Jones
Jones (middle) hopes to provide a spark on special teams and a deep threat on offense. 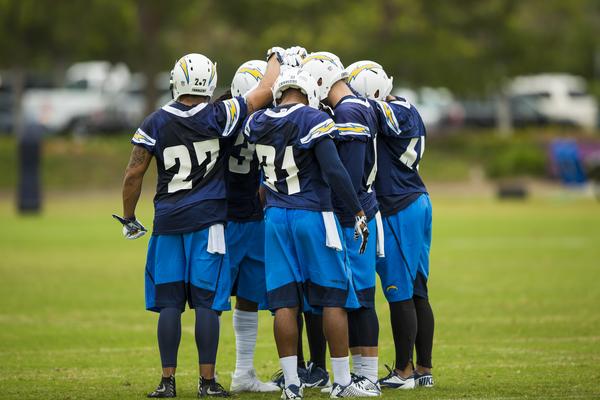 SS Jimmy Wilson
Wilson (left) and the rest of San Diego’s defensive backs gear up for another on-field workout.
‹ ›

What are your favorite pictures from this gallery? Talk about them inside our new message boards.