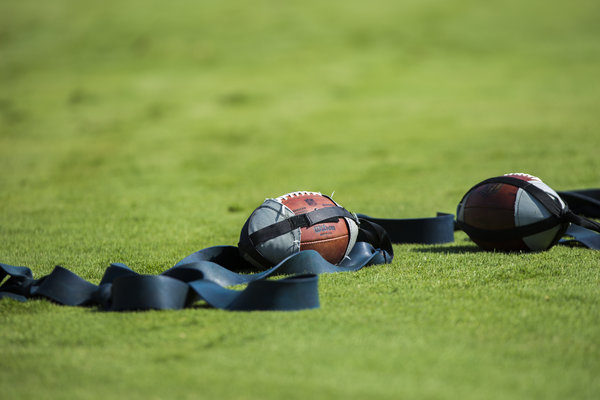 The Chargers played well for much of Thursday's visit to the Black Hole, but in the end, made too many mistakes to pick up their first division win of the season. In the aftermath of another frustrating, nail-biting defeat, we hand out some game balls and call out some goats.

Woodhead averaged an impressive 5.0 yards per carry, boosted by a season-long 27-yard run in the fourth quarter. He also caught eight passes for 53 yards, giving him over 100 yards from scrimmage. Woodhead now has 72 receptions on the season, best among all running backs and four shy of his career high (76 in 2013).

Motivated by his Pro Bowl snub earlier in the week, Verrett shut down rookie sensation Amari Cooper. The fourth overall pick in this year' draft, Cooper finished with just two receptions for 10 yards. The last time Verrett played in Oakland, he won the game for the Chargers with a last-minute interception. There were no such dramatics this time around, nor was there a winning result, but Verrett quietly played one of his best games of the season.

Inman continues to take advantage of the injuries around him at receiver. He caught a career-high eight passes for 82 yards, including a 7-yard touchdown in the second quarter to put the Chargers ahead, 14-7. Perhaps more impressive is that fact that late in the game, with the secondary ravaged by injuries, Inman stepped in and played some snaps at safety. He still has the hungry mindset of a fringe player, willing to do whatever it takes to make an impact, and it is fueling his success.

"That was one where we were going on the fly," said Inman of playing safety. "When guys go down, someone has to step up. You use everybody you've got. We never practice it, though."

To start with the obvious: You have to secure that catch. Had Green held onto that should-have-been 30-yard touchdown, the Chargers would have gone up 24-12 and likely won the game. Green caught just two of six passes thrown his way, finishing with just 27 yards. With so many injuries at receiver, the Chargers should be able to lean on their pair of pass-catching tight ends. But Green has not done his part, averaging less than 18 yards per game over the last seven weeks.

"It's tough," said Philip Rivers of the league's stringent rules on what constitutes a catch. "This is probably the first time we've been on the wrong end of it ... I know other teams have. I've seen everybody say they're going to try to figure it out and make it better. I think [the referees] got it right, unfortunately."

Fun fact: David Johnson has fumbled on each of his receptions this season. True, Thursday's game-changing play was his first catch and first fumble of the season, but it was a costly one. San Diego's defense dominated the second half, holding the Raiders without a first down after intermission. The only way for the Raiders to win that game was for the Chargers to shoot themselves in the foot, and Johnson pulled the trigger. After his fumble, the Raiders took over at the San Diego 3-yard line, promptly scoring a touchdown (and two-point conversion) that ultimately sent the game into overtime.

Lambo has now missed 10 kicks this season, including extra points. True, Sunday's miss was no gimme (48 yards), and he had a successful 53-yard attempt negated by a Raiders penalty. However, this is a make-or-miss league, and he cost the Chargers three points in a game that was tied after 60 minutes. The Chargers will have to bring in competition for Lambo this offseason, because his inaccuracy is a fatal flaw for a team with a penchant for playing close games.

Which other Chargers players are deserving of game balls? Discuss inside our new message boards!