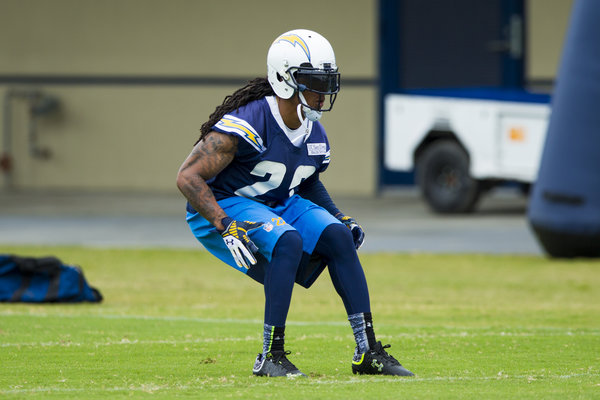 The Chargers made some big strides both through free agency and the draft, but if San Diego is to get back into the postseason after a one-year absence, it will be because of the progress made by the 2014 draft class.

Tom Telesco’s second draft class made a minimal impact last season, but that was the result of poor health more than poor play. Jason Verrett (10 games), Jeremiah Attaochu (five), Chris Watt (one) and Ryan Carrethers (six) combined to miss 22 games due to injury during their rookie seasons.

That hasn’t sapped the team’s confidence in those players, however, as each of them is penciled into a starting role.

Verrett was sensational when he was on the field as a rookie, successfully defending 48 of 60 passes thrown his way, including a game-winning interception in Oakland. That 80 percent success rate would put him in the same stratosphere as the game’s elite cornerbacks.

The concern is that the shoulder injury that felled Verrett after just six games is the same one that bothered him heading into the 2014 draft. The hope is that offseason surgery corrected the issue once and for all, but there is no way to tell until Verrett works his way through the grind of the season.

“Having a year under my belt was definitely worth it,” Verrett said. “Being able to be out here, get in the calls and be able to know where I’m at on the football field definitely helps.”

The TCU product will start across from Brandon Flowers, although he may slide inside to cover slot receivers in nickel and dime packages, leaving some combination of Craig Mager, Steve Williams and Patrick Robinson to cover the outside.

Also looking to boost San Diego’s pass defense is Attaochu, whose balky hamstring cost him a handful of games last season and limited him in several others. He had his moments — including Week 1, when he had a sack-strip and a blocked punt against the Cardinals — but they were too few and far between.

Attaochu will not lack for opportunities this season after Jarret Johnson retired and Dwight Freeney walked away unsigned. The plan is for Tourek Williams to replace Johnson as the run-stopping, edge-setting linebacker while Attaochu replaces Freeney as a pass rusher off the edge.

The Chargers are already counting on one injury-prone linebacker in Melvin Ingram, who has missed 19 games over the last two seasons, so it is critical Attaochu stays healthy on the other side. The rest of the depth chart consists of Kyle Emanuel and Cordarro Law; to say depth is a concern is an understatement.

Over on the offensive side of the ball, Chris Watt steps in at the starting center with designs on proving the hub position is no longer cursed. The Chargers went through five starting centers last season, and although Watt had his strong moments, he certainly wasn’t the best of them.

The hope is that with a year’s development under his belt, Watt can line up next to newcomer Orlando Franklin and fortify the interior of San Diego’s offensive line. Watt’s plan is to take the lessons he learned from former starting center (and new radio personality) Nick Hardwick and apply them to improve his game going forward.

“How to take control as a leader in the huddle, getting to the line of scrimmage quickly, using energy and motivating guys around you,” Watt said.

The Chargers allowed 4.5 yards per carry last season, tied for fourth-worst in the NFL, and the hope is the powerful Carrethers (with rookie Denzel Perryman roaming behind him) can shut down some of those runs up the middle.

Carrethers is the only pure nose tackle on the roster, although in San Diego’s hybrid scheme, players like Sean Lissemore, Tenny Palepoi and Mitch Unrein can handle the role in short stretches. Corey Liuget will even spend some time in the middle as a pass-rushing nose tackle in obvious passing situations.

However, if Carrethers cannot stay healthy and hold down the fort on first and second downs, it will force everyone else in the rotation to play out of their depth.

The only two members of San Diego’s 2014 draft class to stay healthy last season wound up playing for others teams. RB Marion Grice spent the year as a deep reserve with the Cardinals, while WR Tevin Reese hooked onto the Bengals practice squad.

Grice and Reese have a great chance to go to the playoffs this season with their respective teams. If the Chargers hope to join them in the tournament, they need the rest of their 2014 draftees to stay healthy and stay productive.

What do you expect from the 2014 draft class this season? Talk about it in our message boards!