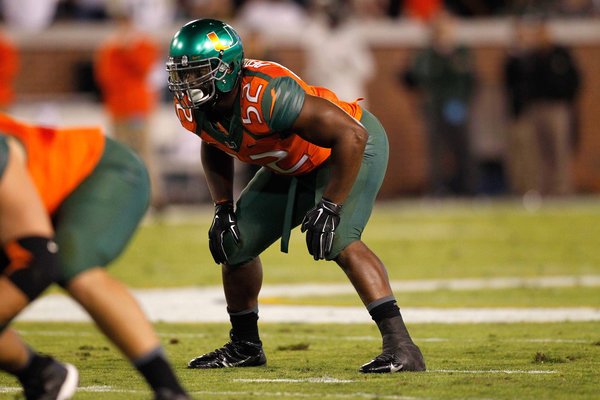 Draft weekend is over, so now is the time to take a deep breath, soak everything in and reflect on how the Chargers fared in the annual player selecting meeting. Here are some of my assorted thoughts on the weekend’s happenings: Stop Trading Up, Tom!I hate how Tom Telesco panics when a player he really likes comes within striking range. He has traded up in each of the last three drafts — he has yet to execute a fourth-round pick! — to get Manti Te’o, Jeremiah Attaochu and Melvin Gordon, respectively. The Gordon pick was especially tough to swallow; even though he is a supremely talented running back, there is no reason to ever take a running back in the first round. Quality runners are always available in the middle and later rounds. And Telesco did not just use a first-round pick on his running back — he used a first, fourth and fifth! That’s madness. “We need impact players and we got an impact player,” Telesco said. “Picking at 17, we had about 15 players we felt really good about at that pick, about seven of those were impact players and he was one of those seven so we just felt like we had to go up and get him. We’re thrilled about it. He’s an exciting, electric football player…who will be a big boost for our offense.”Hindsight is always 20-20 and Telesco obviously had a plan going into the draft (find a workhorse running back at the top, then add depth, toughness and speed to his defense in the subsequent rounds). However, I would have preferred the Chargers stay put in the first round and come away with a draft class looking something like this: Round 1: OG Laken Tomlinson (Duke)Round 2: OLB Nate Orchard (Utah)Round 3: DT Carl Davis (Iowa)Round 4: WR Vince Mayle (Washington State)Round 5: RB Cameron Artis-Payne (Auburn) Round 6: CB Ifo Ekpre-Olomu (Oregon)That hypothetical draft class, in my opinion, would have earned an “A” grade. Instead, I give Telesco’s actual draft haul a B-minus. Small-School StandoutsEverybody loves it when their team drafts a small-school player. Those guys are easy to root for, and when your team hits on one, you feel like you outsmarted the other teams in the league who didn’t feel that player could make the leap to the pro level. The Chargers gambled on two such players over the weekend, taking Texas State CB Craig Mager in the third round and North Dakota State OLB Kyle Emanuel in the fifth round. Both were playmakers at their respective schools last season — Mager picked off three passes while Emanuel posted 19.5 sacks — but will likely spend their rookies seasons playing in sub packages on defense and cutting their teeth on special teams. San Diego’s top three cornerbacks will be Brandon Flowers, Jason Verrett and Patrick Robinson. Mager will be the dime back, at least initially, while providing depth (which is important, given the questions about Verrett’s shoulder). Robinson is on a one-year deal, so it’s possible Mager will take over for him in 2016. To do that, Mager will have to beat out another Telesco draftee, 2013 fifth-round pick Steve Williams. Said Telesco of Mager:”Very athletic, quick (and) fast. (A) four-year starter at Texas State and never missed a game in his career. He’s a size corner that runs well, can cover in man and (has) great production. He’s feisty, aggressive and can tackle. He was a player even though from the Sun Belt checked off all the boxes as far as his college career, the all-star game he played in, the Combine, Pro Day; everything checked off and we’re really excited to add a corner with his size and ability to the mix.”Emanuel will play a bigger role, only because the Chargers are short on depth at outside linebacker. The entire unit is now comprised of players drafted over the last four years: Melvin Ingram (first round, 2012), Tourek Williams (sixth round, 2013), Attaochu (second round, 2014) and now Emanuel. Ingram and Attaochu, the projected starters, have yet to prove they can stay healthy for a full 16 games, so the Chargers will get their money’s worth from Emanuel before the season is out. Butler Put on NoticeThe selection of Miami’s Denzel Perryman in the second round should send a loud and clear message to Donald Butler: get your stuff together. Butler, who is entering the second year of a seven-year extension (although, for all practical purposes, it was really a three-year extension), was extremely underwhelming in 2014. Despite playing in 14 games, he finished with just 73 tackles, one sack, no interceptions and no forced fumbles. Te’o really came on strong late in the season, especially against the pass, so it’s possible Te’o and Perryman will be the future of the position. The Chargers had to draft an inside linebacker after losing Andrew Gachkar to the Cowboys in free agency, but that Telesco addressed the position so early tells us: 1) he is really high on Perryman; and 2) the team is losing patience in Butler. “(He’s a) four-year starter at Miami (and a) team captain,” said Telesco of Perryman. “He just has a presence to his play and is one of those guys you can almost literally feel him on the field when he plays. His instincts, football intelligence, temperament, energy and passion for the game are all off the charts.” Butler is not the only veteran in danger of losing his job to a rookie. DT Sean Lissemore needs to step his game up to avoid losing his spot on the roster now that the Chargers added active Arkansas DT Darius Philon in the sixth round. The Chargers acquired Lissemore in a trade with the Cowboys back in 2013 in exchange for this year’s seventh-round pick. By the time the Chargers had to pay off their end of the deal, they had already tabbed Lissemore’s likely replacement.