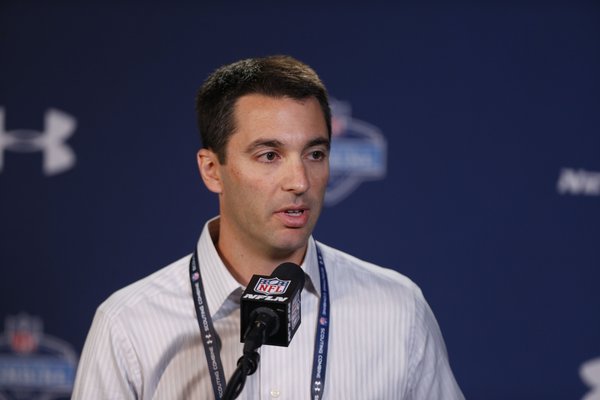 Tom Telesco used his second-round pick to grab high impact ILB Denzel Perryman out of the University of Miami. At 5’11, 236 lbs., Perryman has been described as an enforcer on the field, someone who plays angry and is extremely physical.

Last season, Perryman finished with a team-high 110 total tackles, including 9.5 for a loss. He figures to see a lot of playing time on early downs, likely in place of Manti Te’o, because he is so effective against the run.

The biggest worry, according to scouts, is his speed. Perryman, who ran a 4.78 40-yard dash at the NFL Combine, could struggle in man coverage.

On the plus side, the Chargers believe Perryman will be a big part of this year’s special teams units, where he will have plenty of opportunities to run.

Perryman joins a crowded inside linebacker corps that includes Te’o, Kavell Conner and Donald Butler, who enters the second year of a seven-year extension he signed last offseason (although, for all practical purposes, the deal only really runs through 2016). Butler underperformed last year and could have caused Telesco to lose faith in his long-term viability. Or perhaps Telesco could be losing patience with the oft-injured Te’o, who has missed nine games over his first two seasons.

No position on the Chargers roster has been affected by injuries more than the inside linebackers (other than center), which means Perryman could find himself getting plenty of reps this season. Butler and Te’o have cause for concern. Perryman’s selection puts pressure on the two to stay on the field, because for every play they miss will be an opportunity for Perryman to steal their spot.

“Every time we turned on the film, it looked like a highlight reel out there,” said coach Mike McCoy of Perryman.

In the third round, Telesco turned his attention to the backside of the defense, adding Texas State CB Craig Mager.

Last season, the Chargers were tied for No. 28 in the league with only seven interceptions and allowed opponents to convert on third down 43.0 percent of the time. The hope is that adding Mager with the 83rd pick in the draft will improve those middling statistics.

Listed just under 6’0, Mager had an impressive college career, being named Second Team All-Sun Belt Conference with three interceptions and 10 passes broken up last season. He also asserted himself as a disruptive force against the run.

“I’ll get up in your face and not let you free off the line,” Mager said. “I hate when they say corners can’t tackle. I take pride in that.”

Mager, who started in 46 of the 48 games he played over four years at Texas State, will be able to come in and learn from the veteran leadership of Brandon Flowers, who re-signed with the team this offseason, but also impact the game early and often alongside last year’s first-round pick, Jason Verrett.

Mager boasts exceptional speed and is a plus defender in man coverage. Scouts also like his ability to climb the ladder on defenders to knock the ball loose. For a team that’s looking to create more turnovers, this could be the skill-set that puts Mager over-the-top, no pun intended.